We’re in October people.  You know what that means, Octoburst is here, and how!  Time to indulge in a whole series of super fun activities with friends and family!   Apart from that we also have some amazing international performers coming to the country this week.

Music, drama, games and sheer fun; we have it all.  Don’t be going anywhere else. After making headlines over the past few weeks over his lovey dovey romantic relationship with Camila Cabello, Shawn Mendes is back under the limelight; the stage limelight.  That’s right, the multi platinum singer and songwriter is starting his Asia tour to promote his latest self-titled album on the 1st of October. Starting with Bangkok, he will be visiting Singapore second and then progress to Kuala Lumpur, Jakarta, Manila, Macao and Tokyo over the course of the month.  His entire world tour is spread across different countries from Europe to the UK to Australia to North America and New Zealand on more than a 100 dates this year.

It is your one chance to catch the talented singer in action.  If you’ve been swaying to “Senorita” over the last month, then you know, you don’t want to miss this.  Read more about the event on our events calendar. 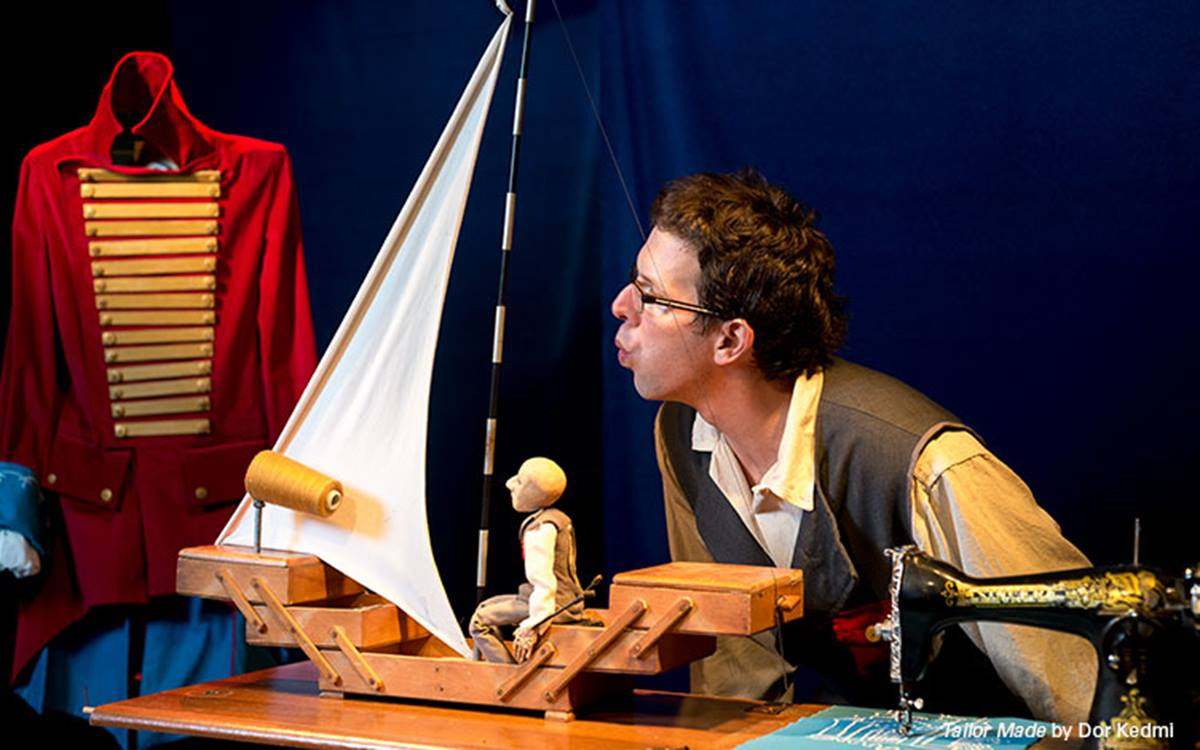 It is an Octoburst Theatre.event!  Time to kick back, relax and get lost in the fantasy world of a tailor.

On a bright morning a tailor gets an unusual note with a mission for him; he has to finish sewing a coat by midnight.  It said that the size wouldn’t matter but the coat must be a perfect fit. The tailor does manage to finish his task right on the strike of 12 at midnight.  But he suddenly can’t believe what’s happening around when his sewing machine starts running off and his scissors start wearing a skirt.

Indulge in the tailor’s adventurous night as he tries to figure out the magic of textiles.  With minimal dialogue, lovely music, magical puppetry and of course a lot of color, it would be the perfect way for you to spend the weekend.  Learn more about the event here. 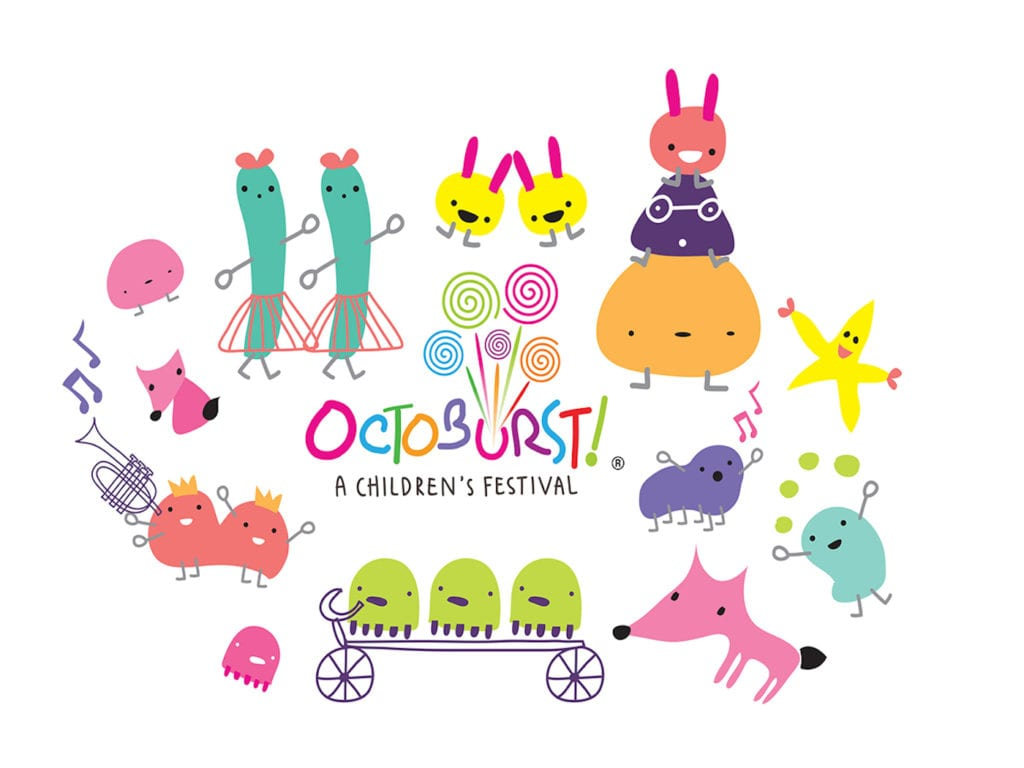 As part of Octoburst 2019 again, we have a A Children’s Festival!  This time in the 17th edition of Octoburst , apart from their wide array of theatre events, the organisers are bringing a fun an interactive event for children of all ages.  It is meant for all children to take part, play and enjoy the world of arts.

There will also be the regular PIParde in celebration of Children’s Day on the 4th of October.  It will of course be led by the children’s favorite mascot PIP along with the very talented students of the Kinderland Marching Band and Maha Bodhi School Symphonic Band.  Together they will be playing a number of familiar tunes, as all family and friend march down the waterfront towards the Esplanade Theatre for more performances.

No, how can you miss an interactive Octoburst event?  Get more details over here. 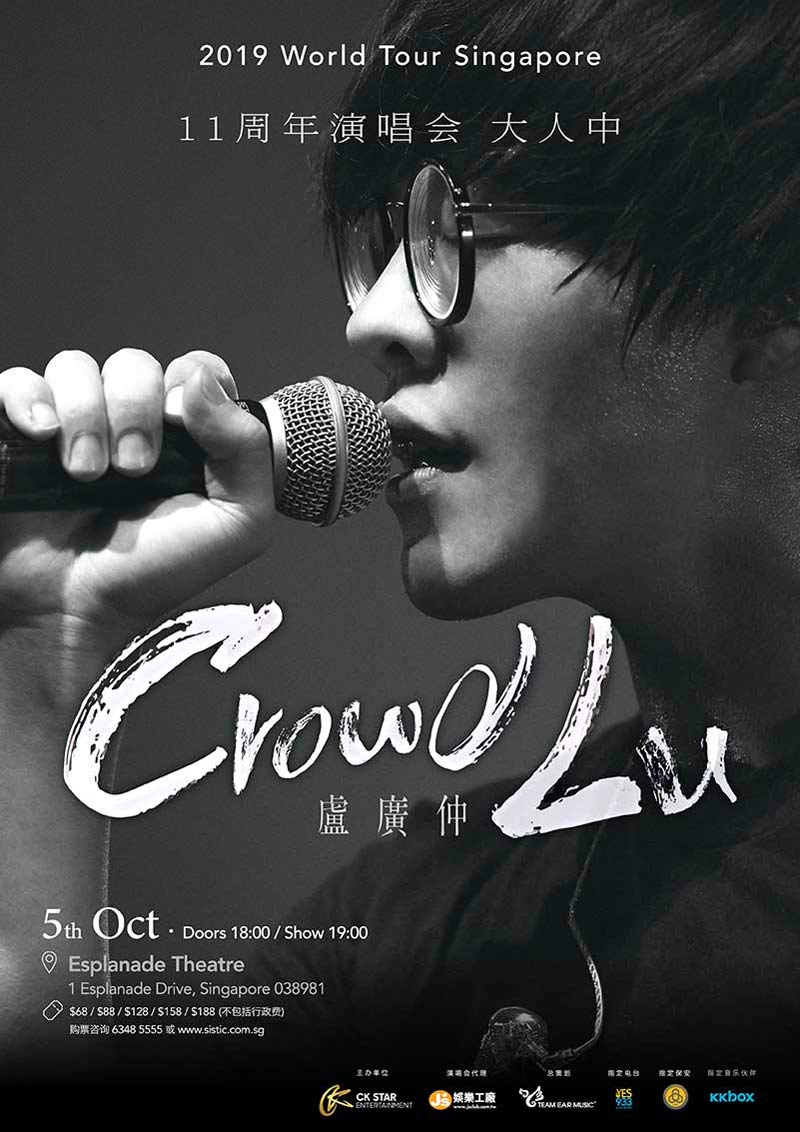 Crowd Lu is coming to Singapore as part of his 11th Anniversary Concert!  Do Singaporeans really need another reason to celebrate?

The multi-talented singer, music composer and actor will be joining us at the Esplanade for a round of high energy spectacular live performances.  He went on his Spring World Tour in 2018 and entertained over 30,000 of his fans with his tour tickets being sold out 3 nights in a row in Taipei. Now he is coming to Singapore with a guitar in his hand, ready to rock your world with not only his music but also his electrifying stage presence.  He has won numerous awards for his music and recently for his acting too. So get prepared to sing along to his popular melodies, including the ones that are part of “A Boy Named Flora A”.

Know more about the event here. 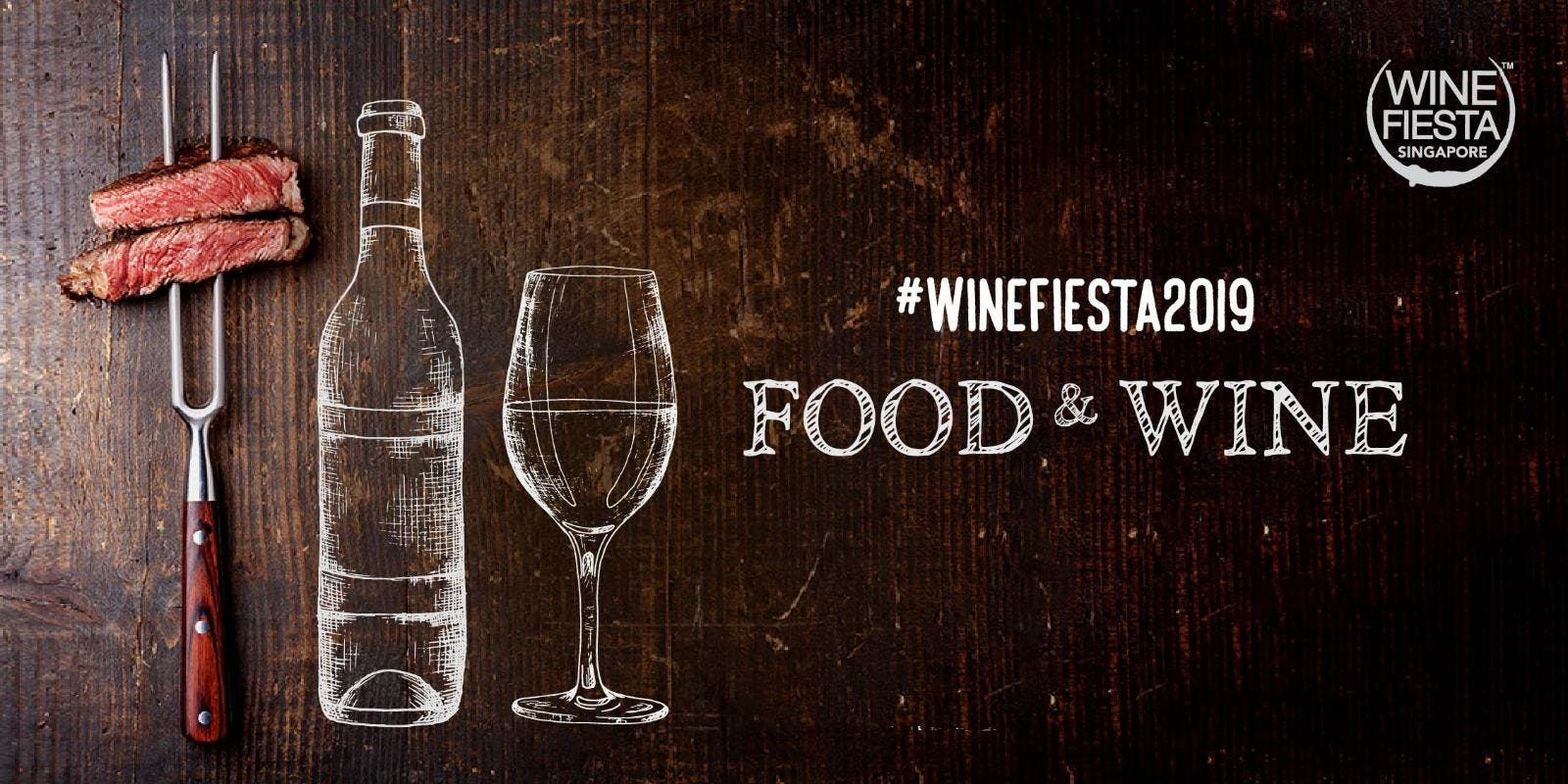 All you foodies, it is time to clink your fancy wine glasses and exercise your taste buds!  The 12th year of Wine Fiesta in Singapore is being held at the Grand Hyatt. This time the festival is indoors and there will also be delicious gourmet food to go with the exotic wines.  With over 200 different flavors of wines to taste and just as many personal stories to hear from the winemakers themselves, this year’s Wine Fiesta is going to be bigger than ever. What’s more there will also be expert level masterclasses on the art of winemaking led by some of the best in the industry.  Additionally, Chef Gregor Streun, Grand Hyatt Singapore’s Executive Sous Chef will also have an exclusive menu prepared for you with food that will go best with the wines sources from across the world.

Now who already has their mouth watering?  Learn more about the event here. After some melody, some action and some drama, time for some pure KPOP!  The very popular KPOP band DAY6 are coming to Singapore as part of their brand new world tour “GRAVITY”.  They will be entertaining you live at the Star Theatre, The Star Performing Arts Centre on the 5th of October.

For those of you who don’t know, DAY6 came in to the world of Korean pop music in the year 2015.  The band comprising of Sungjin, Jae, Young K, Wonpil and Dowoon has been performing since then and stealing the hearts of many music lovers not just in Asia, but across the world.  What’s interesting about the band is that they are not your regular KPOP synchronized group that showcases ultra complex dance moves. Instead, they each play their own music instruments and create songs for the crowd along with their breathtaking vocals.

Clearly, this is raw, pure performance we’re talking about.  Come prepared to listen and sing along to all of their most popular tracks including “If we meet again” and “Shoot me”. Watch as the band takes Singapore by storm!

Get more details of the event here.

It’s a week of a whole variety of events including food and music.  Deciding which ones to go to and which ones to miss would indeed be a tough choice.  How about you?