There’s a lot to do this week, so without much pep talks, let’s dive in deep to the different events you should try here:

The Show - A Tribute to ABBA 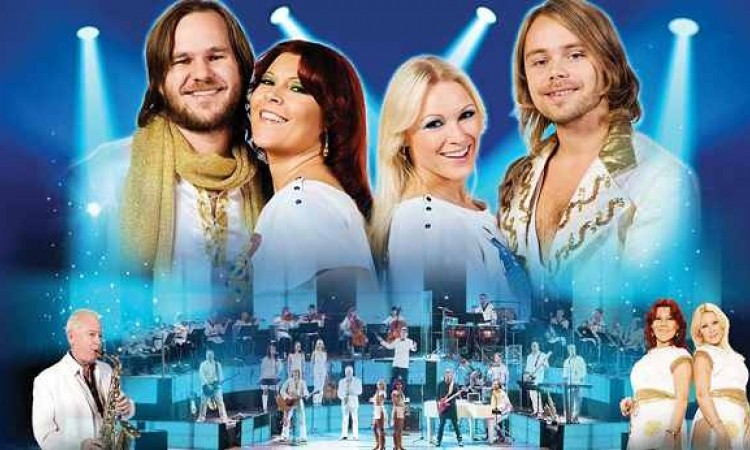 Singapore, get your dancing shoes ready, it’s time for the ABBA fever!  Since its creation in 2001, The Show - A Tribute to ABBA produced in Denmark and cast in Sweden has had a huge success worldwide.  The spectacular event fronted by Sweden’s Waterloo and backed by The National Symphony Orchestra of London directed by musical director Matthew Freeman, featuring original ABBA musicians has played over 700 concerts in 40 countries over 5 continents.  Coming Friday at Sands Theatre, Marina Bay Sands, expect all of ABBA’s greatest classic hits and your favorites, like Mamma Mia, Money Money Money, Waterloo, SOS, Dancing Queen, Knowing Me Knowing You and many more by original members Ulf Andersson & Janne Schaffer among others in this musical extravaganza.  Check out the show details here. 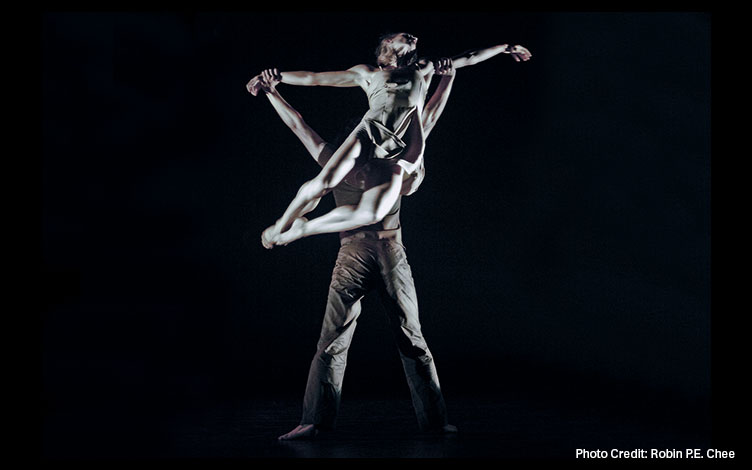 Returning after its popular debut on 2017, Dance at Dusk returns with excerpts from one of Kuik Swee Boon’s most contemplative works, Silence. This timeless piece has evolved over the years and deals with the concept of communication breakdown and investigates the depths of one’s connection to the surroundings in this age.   This year, the event explores the accessibility of contemporary dance by encompassing greater engagement and participation. Performed over 3 nights, from July 12-14, this event at the Esplanade Outdoor Theatre showcases many facets of contemporary dance in its most charismatic form.  Please note that the event will commence at 5.45 pm and 8.30pm on Saturday due to the loud sounds from the NDP rehearsals taking place in the vicinity. Enjoy this free-and-easy event and experience quality contemporary dance in bite-sized, interactive segments with the entire family and friends.  To know more about these shows, see our Events Calendar. 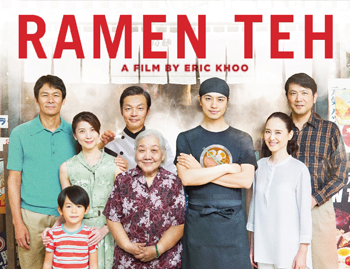 The second edition of B.Y.O._CINEMA is back this year in conjunction with SBG160 (160 years exhibition at Singapore Botanic Gardens) organized by SFC.  There will be a series of five free outdoor movie screenings together with free popcorn and candy floss. The third film screening is Eric Khoo’s Ramen Teh, a lovely nostalgic film to watch with the entire family.  The film narrates the story of the marriage of two worlds and the heartfelt tale of Masato, a half-Singaporean ramen chef from Japan, who goes on a self-discovering trip to his ancestral place to trace his mother’s Chinese roots.  Director Eric Khoo celebrates the power of food to transcend boundaries in this film and is equally enjoyable for kids to grandparents. Pack your picnic mats and come with the entire family for a warm, relaxed evening with your loved ones.  Get details here. 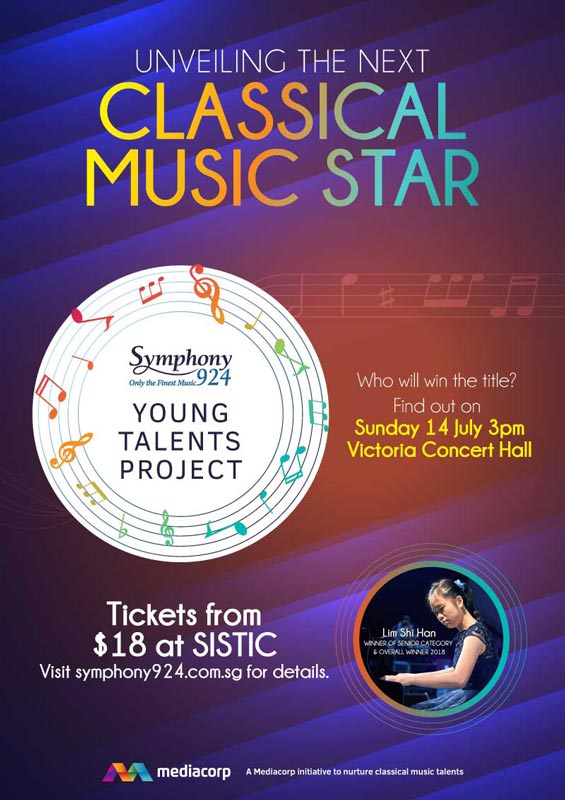 In its eighth year, MediaCorp’s annual classical music competition, Symphony 924’s Young Talents Project has 10 finalist performing on piano, harp, cello, violin and pipa vying for the title and prizes worth up to $10,000 including a trip to London, and a chance to be featured on national Radio, TV, Toggle and Social Media.  There will also be performances by previous year’s winner, pianist Lim Shi Han and the children’s choir from Aureus Academy. Come support our 10 youngest and most talented classical artists as they fly high to be the next young star on Sunday, 14 July at Victoria Concert Hall. See more details on our Events Calendar. 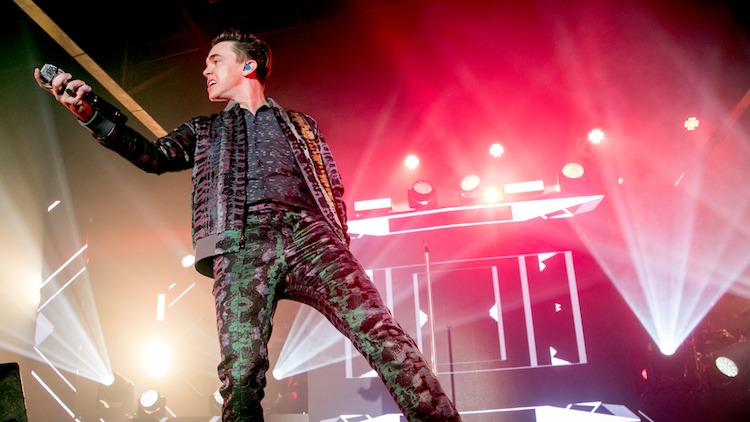 Get ready for the American Heart-Throb Jesse McCartney’s first ever concert in Singapore, The Resolution Tour Singapore, come Sunday at the Gateway Theatre.  In just six years, Jesse McCartney chalked up a whopping 8 Top 40 Billboard Pop Hits in 3 albums, which included the Number 1 single Leavin' that was the Best-Selling single of 2008 worldwide reaching #1 in 35 countries, and Beautiful Soul.  The young singer-songwriter has had an aspiring career meeting with two US presidents (Barack Obama and George W. Bush), playing to thousands of devoted fans singing along with him word-to-word and meeting his musical heroes Stevie Wonder and Craig David.  He won a Grammy Award as a co-writer (with Ryan Tedder) of the International mega-hit by Leona Lewis, “Bleeding Love”. You wouldn’t want to miss this once-in-a-lifetime chance to catch Jesse McCartney LIVE as he finally performs in Singapore, so get more details about the event here. 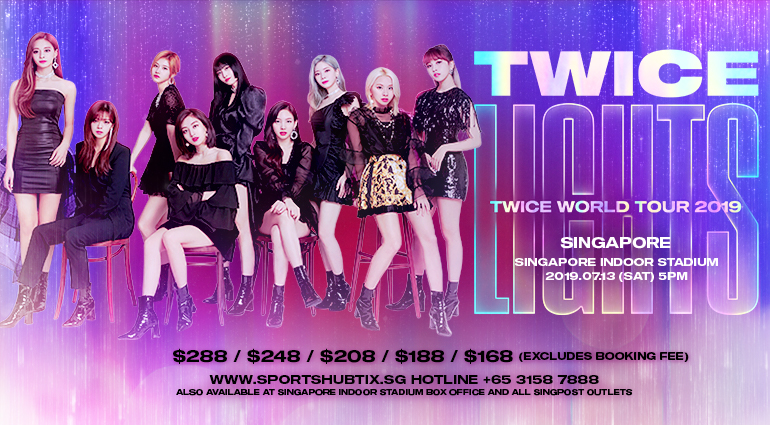 After their massively successful concerts last two times, the KPOP hottest girl group TWICE is returning to Singapore for their third world tour, ‘TWICELIGHTS’.  Being the first girl group to achieve the top spot at Melon this year, they are sensational group of 9 members. Their music video ‘FANCY’ received 40 million views within 24 hours of release, beating their own record for ‘Yes or Yes’.  Fans will be in for a treat with members, Nayeon, Jeongyeon, Momo, Sana, Jihyo, Mina, Dahyun, Chaeyoung and Tzuyu and a fantastic production featuring new stage setup, spectacular visual effects, and impressive sound system. The show will highlight each of the 9 members allowing them to light up the stage in their own special way to showcase their unique characters and charms.  Get transported to TWICE’s magical world of charming performances. See more details here.

That’s not all, there is more amusement for music lovers.  Be treated to an evening of musical and artistic extravaganza, Familiar Unfamiliarity by Singer-Songwriter Jiu Jian on Monday, ‘Not The Big Three’ hosted by The Philharmonic Orchestra, Singapore on Friday or Celebrate Botanic Gardens Heritage Festival 2019 with Jazz Association (Singapore) on Saturday for a relaxed time with your dear ones.  If you are in for some action, soak in the morning family yoga session in Bishan-Ang Mo Kio Park every second Sunday of the month. Whatever your choice is, there’s an event for everyone’s taste in Singapore! Enjoy your week!